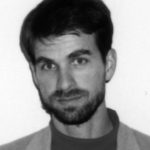 Dr. Kent Jensen currently teaches strings and orchestra at Ursuline Academy.  In addition, Dr. Jensen has been a member of the Louisiana Philharmonic Orchestra (LPO) cello section since 1994.  Dr. Jensen was a member of the LPO board of directors from 1996-1999 and served as LPO President during the 1998-99 season. Dr. Jensen studied music at the University of Arizona and at Louisiana State University, and interned with the National Orchestral Association in New York.  He was Principal Cellist of the Louisiana Sinfonietta, a professional chamber orchestra, from 1985-94.  During his youth he was a member of the Greater Twin Cities Youth Symphony of Minneapolis/St. Paul, and also the Tucson Junior Strings, where he served as low strings and chamber ensemble coach.  A member of the GNOYO staff since 1997, Dr. Jensen and his wife, Saeko Yatsuka live in the Carrollton area with their son Isaac, and daughter Yume.